Golf Canada publishes the list of golfing events each year that are scheduled to take place. The official website of the association can be browsed to remain up to date. The golf courses, as well as players participating, are also mentioned. The ticketing info if required and the number of players in each tournament can also be browsed so that entertainment remains at peak. The best part of the golf in Canada is that golfers from neighboring USA also participate which shows the rich heritage of Canadian golf. Likewise in 2017, there are numerous golfing upcoming events in Canada. Some of these are mentioned and explained as under:

Also known as Canadian tour the event takes place in Canada each year in Ontario. It is regarded as highly prestigious tournament and people from all over North America come to see the event live. The qualifiers take place before the main event which is also witnessed by many and therefore it is the earning source for Golf Canada. It was started as Peter Jackson Tour and from the very first day, it has gathered golf enthusiast who battles to take the prestigious trophy as well as cash price associated. This year the defending champion is Dan McCarthy. 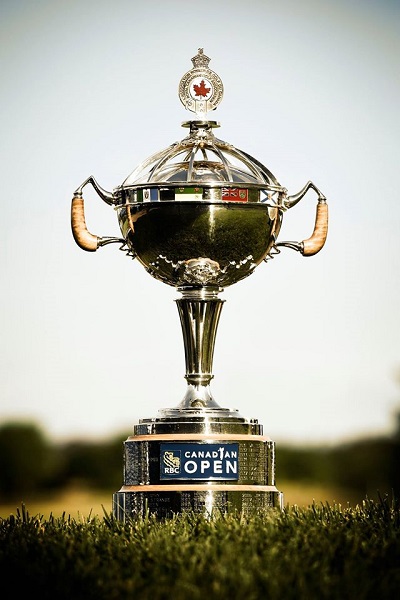 It is one of the oldest professional golfing events that are held in Canada. There are other accolades which are associated with this event such as it is third most played golfing event in the world. Played each year by professional golfers from all over the world the tournament has boosted the overall golfing rate in Canada and has produced new faces and names in the sport. Played at Glen Abbey Golf course this event is witnessed by millions on TV. In 2017 the event will be played in July and the total cash prize distributed will be around $6 million.

Though not as prestigious as PGA and Canadian Open the Greater Toronto Area Amateur Tour is still recognized by Golf Canada. It is one of the very few events which provide crowd the opportunity to participate in the game while they sit in their seats. This is done by numerous benefits which are offered by the organizational committee. GTA AM Tour has a lot to offer and therefore the friendly community of this awesome tour make this event very interesting. Big names such as Air Canada, Mazda, and Huawei sponsor the event which makes it further attractive.

Under this banner, there are numerous golfing tours which take place in Canada and therefore it has the largest fan base in the country. There are numerous players which are groomed by this event from the year it has started. The first golfing event under the banner was organized in 2002 and since then it has no seen a downfall. The best part of this tour is that it focuses on amateur players and makes it possible for many to step into the huge world of Canadian Open and PGA tour Canada.